The Texas Conjunto Music Hall of Fame and Museum is a part of the Museums of San Benito, the birthplace of conjunto music. They strive to promote, preserve, archive, document, and to permanently display the history of Conjunto regional music and to honor those who created it. Detailed information on the instruments used in conjunto music, its cultural origins, and stories of San Benito’s legendary music institutions - "La Villita" dance hall and the Ideal Records are among featured exhibits.

In annual ceremonies, capped with a grand dance, worthy conjunto personnel are inducted into the Hall of Fame, which today features 79 notable individuals. They are highlighted in the biographies and memorabilia featured in the museum.

Conjunto music pioneer Narciso Martinez is credited with solidifying the combination of the German and Polish accordion polkas, schotishes and redowas with the Spanish bajo sexto (12-string guitar) and musica ranchera (ranch music), called the working man’s music, conjunto legends’ memories, and their spirit ,are kept alive in the Resaca City at the Texas Conjunto Music Hall of Fame and Museum. 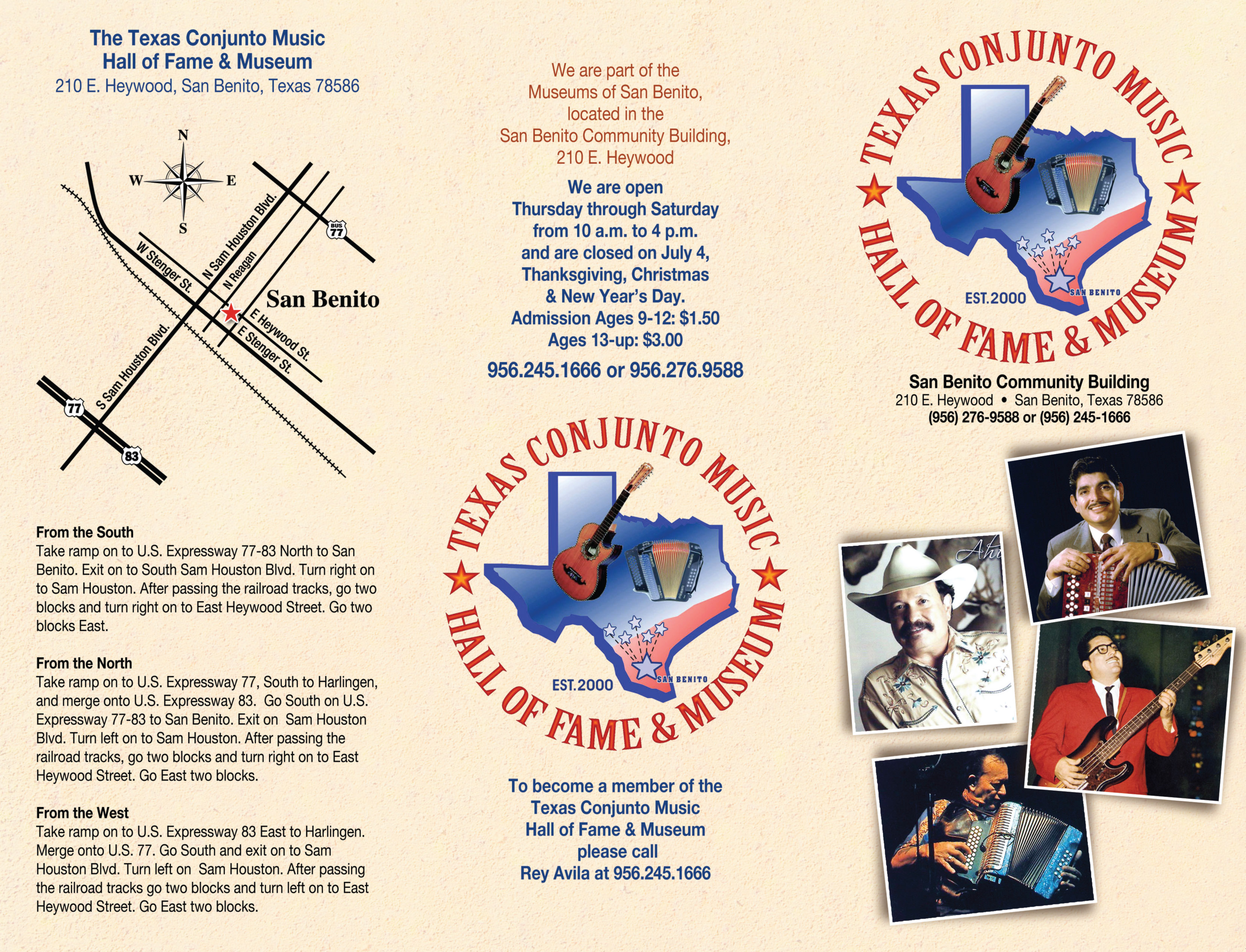