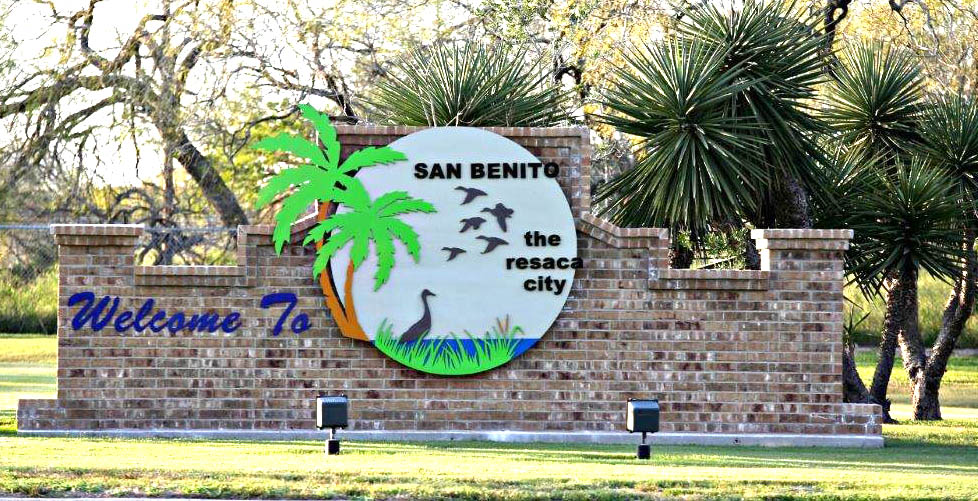 The City of San Benito, is known as the Resaca City because of the picturesque 80-foot wide river-like waterway that meanders through this historic South Texas community. The resaca, formally referred to as Resaca de los Fresnos, was an old river bed that now functions as the city's main source of water. Fed from the Rio Grande, it is the primary canal of a large irrigation system that also services the residential and commercial needs of the city. The resaca runs through the heart of the city and serves as the water source for both municipal and agricultural interests.

Situated in deep South Texas near the center of the lower Rio Grande Valley, San Benito is flanked by Mexico to its west, while the Gulf of Mexico lies to its east. The city is just minutes from the Free Trade International Bridge at Los Indios, which it partially owns, along with Cameron County and the neighboring city of Harlingen. The bridge is one of the most modern ports of entry in South Texas. It provides a quick route to the Mexican border cities of Matamoros, Reynosa and Valle Hermoso, as well as the industrial city of Monterrey.