Narciso Martinez was born on October 29, 1911 in Reynosa, Tamaulipas, Mexico. He was brought to the United States that same year and lived most of his life in La Paloma, Texas (near San Benito.) Ethnomusicologists specializing in Mexican-American music consider him to be the father of Texas Mexican conjunto. Narciso began playing the accordion around 1927.

In 1935 he teamed with bajo sexto player Santiago Almeida in what was to begin a highly fruitful collaboration leading to the establishment of the accordion and bajo sexto as the basic constituents in the then embryonic conjunto style. In 1935 Narciso and Santiago made musical history with the recordings of the polka “La Chicharronera” and the schottishche “El Tronconal” for the Bluebird record label.

The results were impressive and Narciso Martinez was on his way to becoming the most prolific and most popular accordion player after 1935. He was given the epithet of “El Huracan del Valle” as recognition on the part of the people that he was, indeed, a pathfinder. (Peña, Manuel, The Texas Mexican Conjunto: History of a Working Class Music, U.T. Press, 1985)

Narciso Martinez played the accordion for sixty four years until his death on June 5, 1992. He represents a major historical actor, not only for the Rio Grande Valley but for the rest of country as well. Narciso recorded through 1991 before falling ill in 1992 and performed for various events locally and state-wide. In 1982 Don Narciso was inducted into the Conjunto Hall of Fame in San Antonio, Texas. In 1983 he received the National Heritage Award from the National Endowment of the Humanities in Washington, D. C.

Don Narciso Martinez captured the essence of the philosophy of being a proud man of Mexican ancestry and working class origins; a man of the people who over the years gave of himself and his musical talents so that others could enjoy his contributions; a man who was willing to share his rich musical and Texas-Mexican border experience. 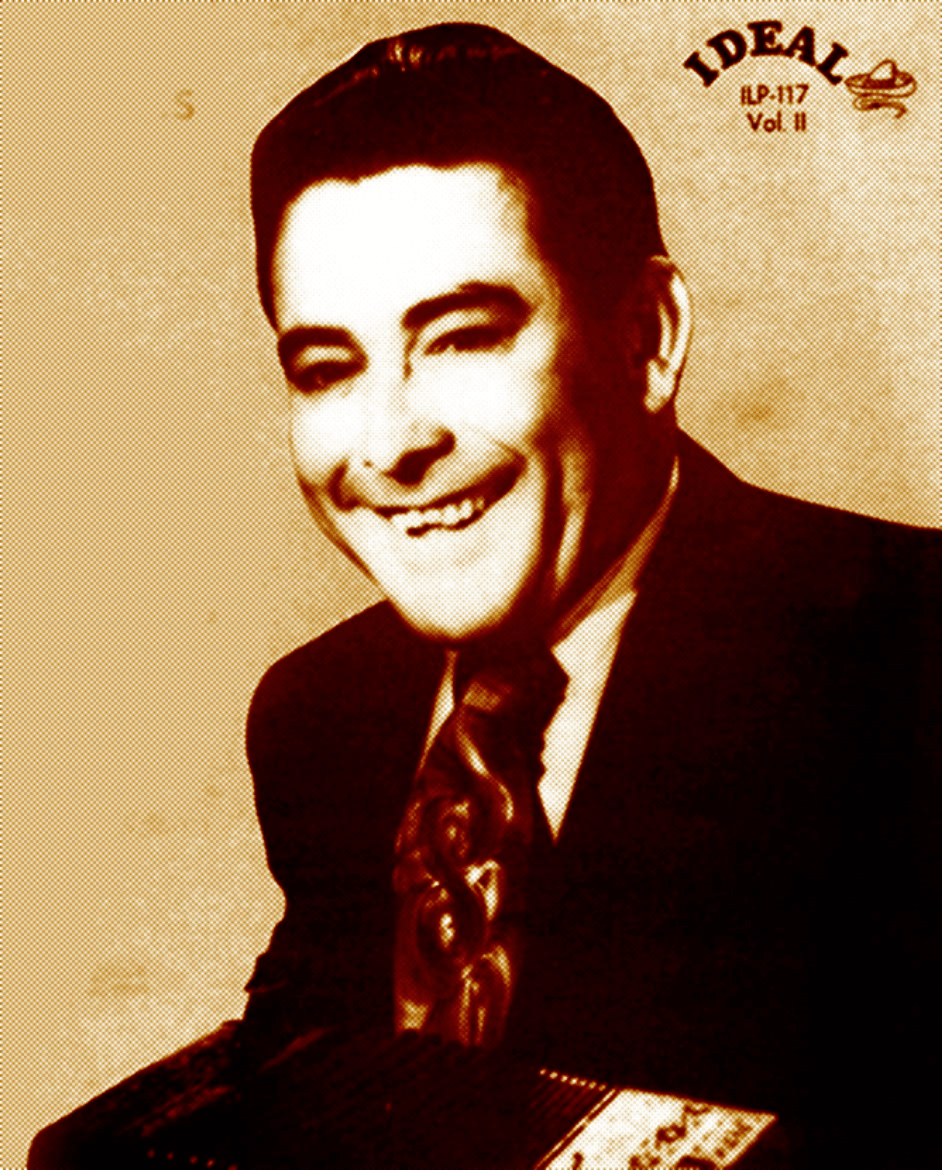 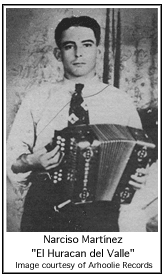